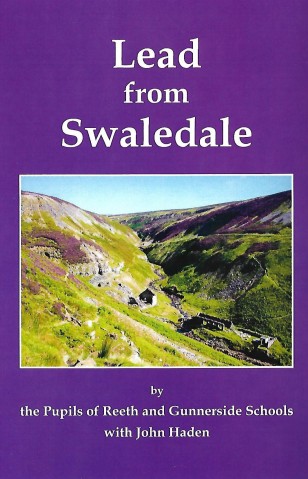 This book is about the lead which has been taken out of Swaledale for centuries, about the people who mined and smelted it and about their tough lives at the time when Swaledale perhaps produced more lead than any other part of the world. It is also about the communities who depended on lead mining and the non-conformist Churches and Chapels where they worshipped. Written and illustrated by pupils of Reeth and Gunnerside Schools, with the help of author and retired teacher John Haden, the book will be of interest to visitors to Swaledale who want to know more about the story of lead.

It is the second book to be written with Primary Schools in a series about the six metals which the Romans found and used when they occupied Britain a thousand years ago.